Working with KPMG, the Alliance’s 2019 Status Report evaluated BC cleantech companies in 2019 relative to results from 2016 and 2011, providing insight to BC cleantech sector size, health and impact. The numbers have demonstrated a rapidly growing sector poised to become the next pillar of the Canadian economy. 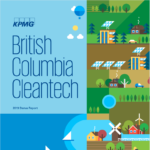 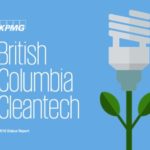 This report details the robust growth of the cleantech sector over the past five years. The number of cleantech companies is up 35%, the number of employees is up 20%, wages have increased by 24%, the amount of equity raised is up 25%. 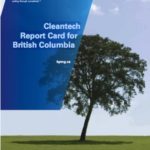 This report was the first in-depth analysis of the state of the cleantech industry in British Columbia. The report detailed over 200 cleantech companies in BC, employing nearly 9,000 people.

There are no upcoming events at this time.